For several years now, BekaertDeslee has been participating in Eneco Clean Beach Cup’s massive annual beach clean-up along the Belgium coast with 21 Belgian surf clubs and the collaboration of SEAQUAL INITIATIVE, to raise awareness of the problem of marine litter. 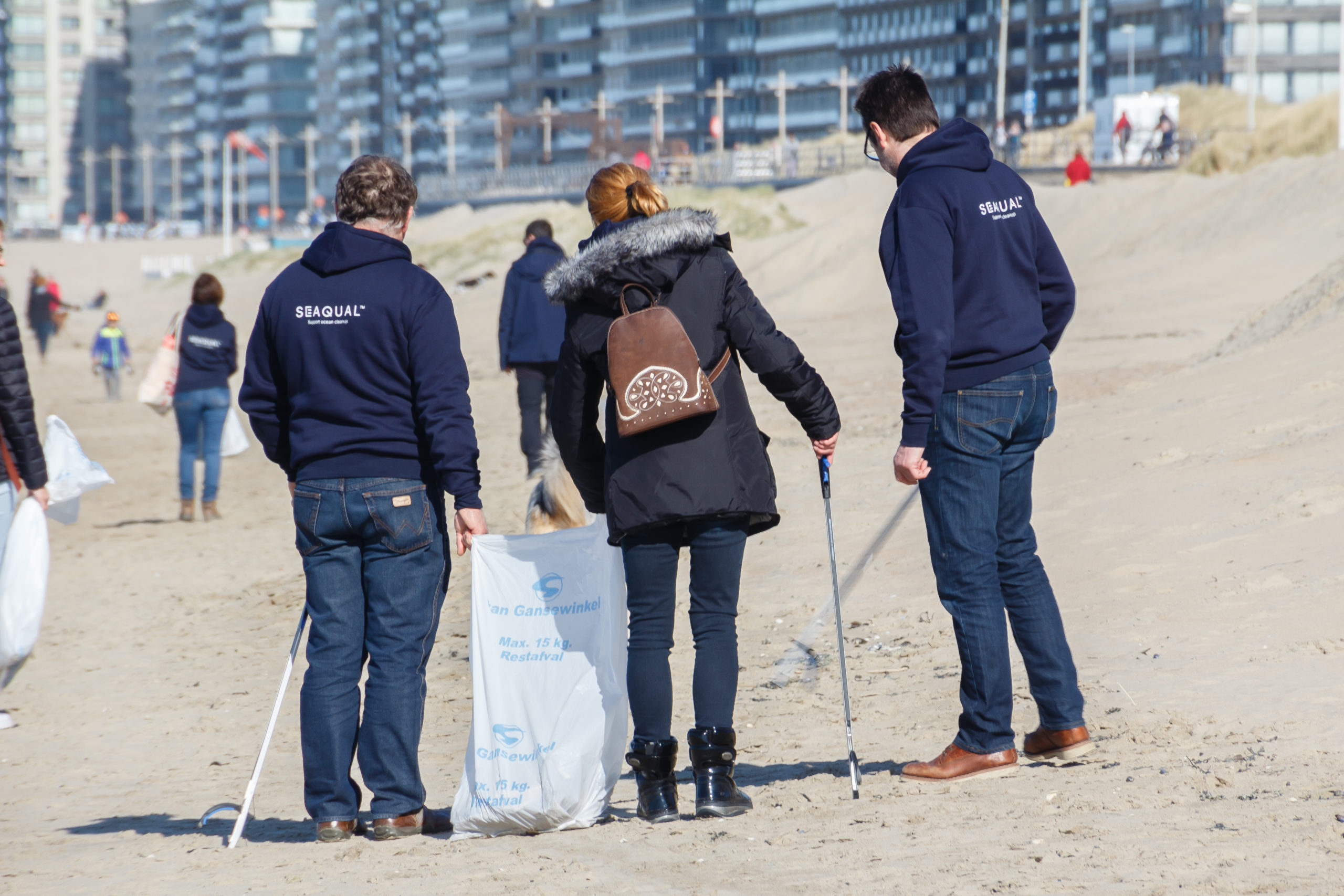 BekaertDeslee is on a mission. They assume the responsibility to help save our beautiful blue planet for future generations and they encourage their employees and their families around the globe to help create awareness and fight plastic.

This is why for several years now, BekaertDeslee has been participating in the Eneco Clean Beach Cup event. “We have called on our employees to pick up trash on the Belgian coast,” says Philip Ghekiere, BEKAERTDESLEE’s Marketing & Design Director. Colleagues in Australia and the USA did the same. Ghekiere sums up: “We want to help preserve our planet in ecological balance for future generations.” In 2019 they performed the clean-up with SEAQUAL INITITIATIVE, and the team wore sweaters they had made with “SEAQUAL™ Support ocean cleanup” on.

The Eneco Clean Beach Cup event has been held on the first Sunday of spring every year since 2010. They advocate for less plastic by performing a major beach cleanup in collaboration with all Belgian surf clubs and some municipalities in the Netherlands. Their mission is to inspire as many people as possible to choose a long-term vision for our oceans, and their objectives are to raise awareness about the plastic problem in our oceans and advocate for addressing the problem as close to the source as possible.

Mass production of plastic continues to increase rapidly, with no less than 5 to 14 million tons of plastic waste splashing into the sea each year, up to 444 kilograms per second. In the North Sea alone, each year 150 million plastic bags and other pieces of floating garbage and 20,000 tons of waste are added to our little sea. Cleaning up the sea is impossible, but 80 percent of the beach debris is washed up by the sea.

This website uses cookies to improve your experience while you navigate through the website. Out of these cookies, the cookies that are categorized as necessary are stored on your browser as they are essential for the working of basic functionalities of the website. We also use third-party cookies that help us analyze and understand how you use this website. These cookies will be stored in your browser only with your consent. You also have the option to opt-out of these cookies. But opting out of some of these cookies may have an effect on your browsing experience.
Necessary Always Enabled
Necessary cookies are absolutely essential for the website to function properly. This category only includes cookies that ensures basic functionalities and security features of the website. These cookies do not store any personal information.
Non-necessary
Any cookies that may not be particularly necessary for the website to function and is used specifically to collect user personal data via analytics, ads, other embedded contents are termed as non-necessary cookies. It is mandatory to procure user consent prior to running these cookies on your website.
SAVE & ACCEPT